How to Stop Your Victrola Record Player From Skipping

How to Stop Your Victrola Record Player From Skipping 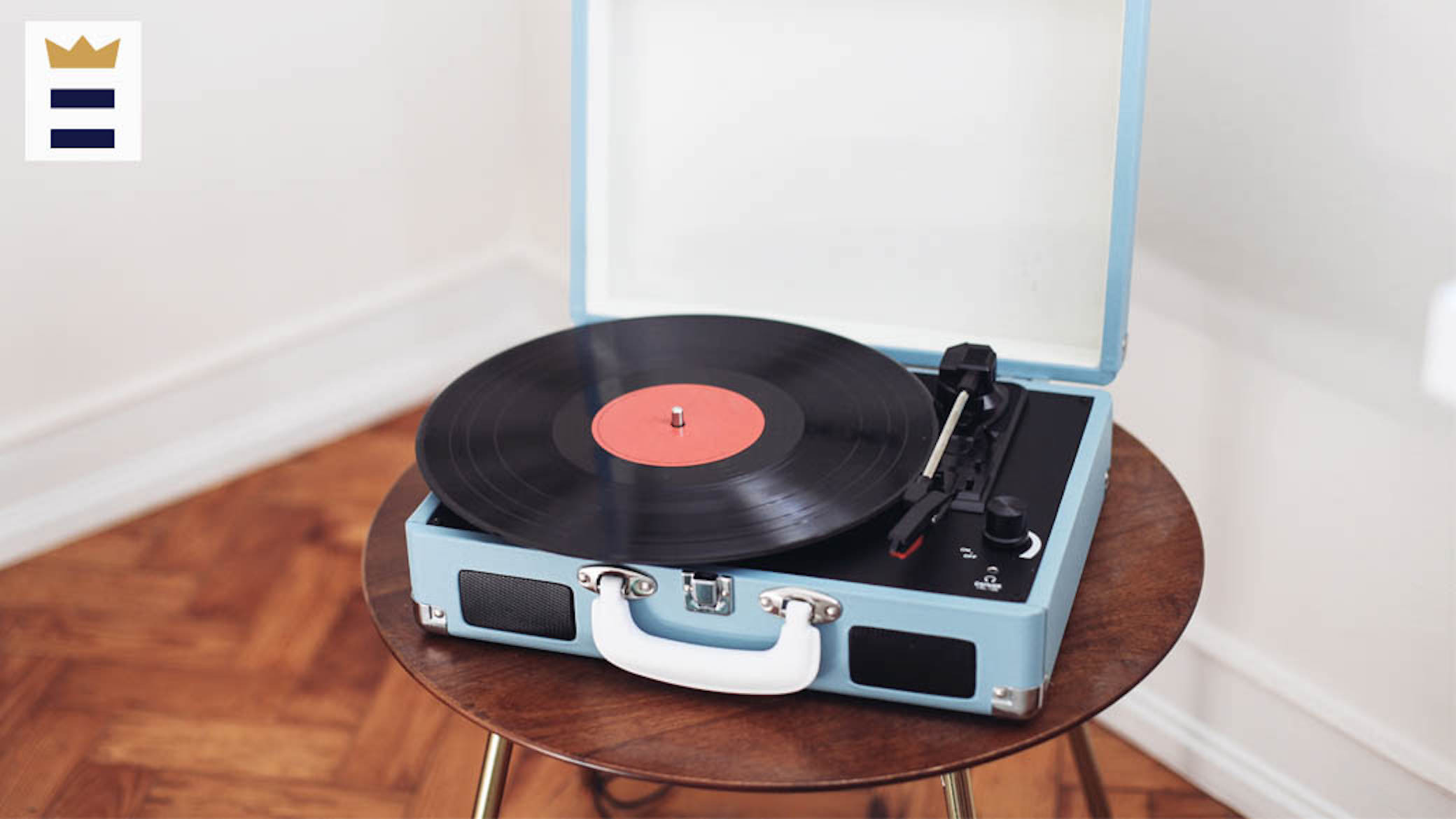 If you're having trouble listening to your favorite records on your Victrola record player, you should check for dust and other nonsensical particles that may be causing your record player to skim. You can stop this skipping by dusting the record with a soft lint-free cloth. In many cases, this will stop the skipping. You can also try placing a new record into your Victrola.

If your Victrola Suitcase Record Player is not working, you may need to find the cause and perform some troubleshooting steps. First, check if there is a problem with the platter. Typically, the platter will have a little wobble, but you will not notice it if you do not look closely. To fix this problem, try to clean the platter.

If the turntable is not turning, the problem may be related to the wall outlet or the power cord. Replace it if needed. If these steps do not help, you may need to try manually resetting the tonearm. If this does not work, contact a professional to fix the issue.

A Victrola Suitcase Record Player is a popular portable record player. These portable audio players offer a vintage design, but they also include modern audio components. Some models have Bluetooth connectivity, stereo RCA outputs, and headphone jacks. They also feature a durable case to protect the internal components while in transit. One downside to these units is that they come with needles of lower quality, but that's to be expected when you purchase an inexpensive portable record player.

Problem With The Record

There are several common causes of record skips, but the most common is a dirty record. A dirty record can cause the needle to jump and drag, creating a high-pitched noise. Another possible cause is an unbalanced tonearm. In any case, there are a few steps you can take to fix the problem.

First, make sure the record player is on a stable surface. Avoid placing it on the floor, as the vibrations from the floor can cause the needle to jump out of the groove. If this does not solve the problem, check the tonearm balance. Make sure the stylus is not too heavy or too light.

If the problem persists, you may have a damaged record. In this case, you may need to perform record cleaning. You can use a lint-free cloth to wipe the record. You can also use a toothpick to remove any objects lodged inside the groove.

One of the most common problems that cause your record player to skip is the lack of pressure on the stylus. To fix this problem, try setting the pressure higher. This will ensure that the needle has better contact with the record, and will stop it from skipping. You can also try using compressed air to clean the grooves.

You may also want to check the cleanliness of the vinyl record. It's easy to cause a record to skip if it's dirty, so it's important to make sure that the vinyl is clean. If you don't know how to clean the record properly, try using a magnifying glass to inspect the scratches. Also, try removing smudges and hand oils from the surface of the record. By performing these simple tasks, you'll be able to prolong the life of the vinyl record.

Another cause of skipping records is dust or debris on the tonearm. In order to prevent this problem, it's important to avoid putting the record player on the same surface as your external speakers. Victrola suitcase-style record players are notorious for having problems with their tonearms, but the good news is that there's a simple solution.

Dust And Other Nonsense

If your Victorinox record player is skipping, it's likely that the vinyl record is causing the problem. It could be dust on the record or it could be warped, and these issues can cause the record to skip. There are some ways to fix the problem.

A good first step is to place the record player on a foam or silicone mat. You should also make sure that you are not putting any external speakers on top of it. Also, don't place the plastic rest of the tonearm on the same surface as the record. These players often have problems with the tonearm, but the good news is that there is a simple fix.

If you've ever wondered why your Victory record player skips tracks, you're not alone. The reason could be many things, including the vinyl itself or an issue with the turntable itself. Aside from the obvious cause, there are also some things you can do to fix the problem.

Firstly, check the tonearm's balance. If the arm is too heavy or too light, it could cause the needle to jump out of the grooves. Another reason for the skips could be that the stylus is not pressing the grooves evenly, which will result in distorted sound.

Second, make sure the record player is mounted on a flat, firm surface. If it's mounted on an unstable surface, like a table with uneven legs, or a floor that conducts vibrations, the stylus may jump and cause the tracks to skip.

If you notice that the records on your vinyl record player are skipping, there's a chance that the tonearm rest is too high or too low. There are several causes of record skipping, and one of the most common is that the tonearm is not balanced properly. Fortunately, you can fix this problem easily by following the steps detailed in the video below.

This problem is typically caused by the tonearm rest being too high on the record player. It needs to be lower. Many of these players have levers on the tonearm that can be manually pushed down. However, if this doesn't work, you may need to have a professional fix your player.

First, check the vertical tracking force (VTF) of the tonearm. This measurement is important as it determines the weight of the stylus on the record. If this is too low, bass frequencies will be lost and the overall sound will be weak.

If you've ever heard that your Victrola record player's platter is too small, you're not alone. This problem is a common one, especially with older Victrola players. Many of these players are built without respect for proper operation. Instead, these products are sold as cheap novelty items. This kind of production actively undermines the reputation of both vinyl records and the medium itself.

Fortunately, the problem can be easily fixed. If your record player isn't turning on, you can clean it by using a magnifying glass. It's also important to clean out any smudges and hand oils on the record, as these can affect the sound of the record. Proper care of your vinyl will increase its lifespan and prevent it from skipping.

Another possible cause of record skipping is excessive VTF. When the VTF is too low, the stylus will jump out of the grooves, producing weak sound. This in turn damages the groove.

Stylus Too Worn Down

If you want to play vinyl records, but your record player keeps skipping, it could be because the stylus is worn down. Dirty records can cause this problem because the stylus picks up dust particles as it moves through the grooves. The extra weight can wear down the stylus and ruin the sound.

Luckily, you can replace worn styluses. They typically wear out after 800 hours of use. If the stylus is too worn down, it will produce a variety of issues, including a scratchy sound and increased wear and tear on the records.

In addition to the stylus, you can also try cleaning the entire system. Clean it thoroughly and be careful with the pressure when playing. Also, make sure you cover the records after playing.

How to Choose the Best Beginner Record Player Whether you are a music enthusiast or just starting to learn how to play records, there are a few factors that you must consider when buying a new record player. These factors will help you decide which record player is best for you and your budget. Quick […]

How Much Is a Silvertone Record Player Worth?
Helen Appling
November 26, 2022

How Much Is a Silvertone Record Player Worth? Having a silvertone record player is a great way to enjoy music from your home. With this type of player, you can have a lot of fun and save money at the same time. Luckily, there are several different models that you can choose from. Some of […]

Are Record Players Worth It?
Helen Appling
November 26, 2022

Are Record Players Worth It? Whether you're considering purchasing one, or if you've already got one and are wondering whether it's worth it, there are some common factors to keep in mind. This will help you to determine whether a record player is worth the investment. Vinyl is a waste of money Buying and listening […]