How to Replace a Turntable Belt

How to Replace a Turntable Belt 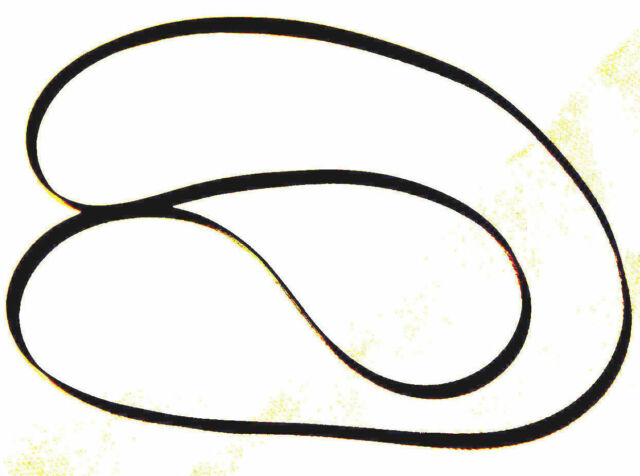 If your record player's drive belt is failing, it may be time to replace it. Luckily, there are a few simple steps to take that will help you replace it without damaging the player or ruining your collection. First, lift the platter of the turntable. This will reveal the drive belt, which attaches to a pulley at the base of the turntable.

To replace the belt, hook it around the motor and pull it out through the access hole. Then, make sure it rests on the motor body. Check the belt for kinks and twists, and make sure that it is smooth. You may also need a new mat to cover the belt or a c-clip to prevent it from falling off. Once the new belt has been fitted, spin the turntable to ensure that it works.

Another sign you might need to replace the turntable belt is if you notice some audio distortion. This is likely due to the wear and tear of the drive belt, or it could simply be due to the belt breaking. Fortunately, replacing the turntable belt is simple and shouldn't cost more than $15, minus shipping. You can buy a new belt from your local store or online sources.

Make sure that the new belt fits snugly on the underside of the turntable platter. It shouldn't be loose or too tight. It should also have the right thickness so that it can turn evenly and play your record properly. Changing the turntable belt is a good idea if you want to get the best possible sound from your vinyl recordings. However, if the old one is still in good condition, you can keep it in place.

After a certain amount of time, the belt will lose its elasticity and start slipping. This is caused by the exposure to pollutants and moisture. As a result, the old belt will stretch and become thin, resulting in a decrease in the speed of the needle. Depending on how often you use the turntable, this may occur sooner than you think. Once you notice that this is the case, you may need to replace the old one.

Replace the Turntable Belt or the Record Player?

If you have been listening to old recordings and you have noticed that the tone of the recordings is getting lower, you might need to replace the turntable belt. The belt system of a record player was made to withstand several years of use. But due to constant use, the belt can stretch and begin to run down.

To replace the turntable belt, you must first remove the old one. Make sure the old belt is free from dirt and debris. You can also use isopropyl alcohol to clean the area of the old belt. You should also brush the area with a brush or vacuum it to remove any debris. If you cannot find the belt you need online, you can check out specialty record stores. Be sure to measure the length and width of the original belt before you buy a new one.

To replace the turntable belt, you will need to remove the record player's platter. You may need to turn it upside down so that you can see the motor. Once you've reached the motor, you'll want to align the belt with it. Then, you'll want to attach the new belt to the motor. Depending on your player, this belt may be attached to a pulley, so be sure to note where it connects to the motor.

Changing the belt in a belt-driven turntable can be a simple and inexpensive process. The replacement belt is typically less than $15 (plus shipping) and comes in several pieces. The process should only take about an hour.

Preserving the Life of Your Record Player

You may have noticed that your record player platter isn't spinning properly. This is caused by the belt rubbing against other parts of the record player. The belt may have stretched a few millimeters, which will slow down the turntable. The best way to avoid this is to replace the belt.

Before replacing the belt, you may want to inspect your record player for decay. If the belt is not moving properly, it could mean the record isn't properly positioned. It's also possible that the belt is corroding. Replacing it may not be necessary, but it's worth checking.

To replace a worn or damaged turntable belt, you must carefully remove the platter. You can do this by locating the access hole on the inside of the record player. Next, locate the adjustment screws, usually under the platter, on the underside. Then, you can turn the screws clockwise to speed up the platter and counterclockwise to slow down the speed. Be sure to level the unit before making any adjustments.

Regularly tuning your turntable is important for preserving the life of your record player. In addition to regular cleaning, consider hiring a professional for a professional tune-up. A professional tune-up is particularly important if you own a suspended turntable. Also, keep your house clean to reduce the dust that clings to your turntable. If possible, use an air purifier to reduce the dust in your home. Turntables also come with dust covers, which make it easier to keep them dust-free.

Where can I get replacement drive belts?

If you're looking for a quick, inexpensive fix for your turntable, replacing the belt is a great option. Most replacement turntable belts won't cost you more than $15, minus shipping. You'll also get several belts in one package, making replacements easy and quick.

There are many sources where you can buy turntable belts. Check the owner's manual to determine what size you need. Then, you can go online to purchase a new drive belt. Remember to unplug your turntable first to prevent electrical shocks. Also, unclip the platter if it has an access window.

To measure your turntable belt, lift the outer ring section and lift the platter mat. Then, measure the length around the motor using a non-stretching string. Then, subtract four to six percent of the length. You should also subtract about 20 to 30mm for the belt thickness. Remember that a proper belt will also be thick and wide enough for the motor to operate at its normal speed.

After use, belts stretch and deteriorate. As a result, they lose their elasticity and begin to slip. The frequency of use will also affect how often the belt slips. If you're using the turntable more than twice a year, it's time to replace the belts.

Luckily, replacing the belt is not a difficult job. Most turntable belts are available online and can be easily replaced. It's a simple fix that will help you extend the life of your turntable.

Replacing the belt on a record player is a simple repair that you can do yourself. The belt connects the motor to the turntable, and it can wear down over time or slip off. It is easy to replace this belt with only basic tools, and if you have a spare belt at home, you can quickly fix the problem. This easy repair will also fix any speed problems you may have.

First, you need to measure the belt's length. You can do this by stretching the ends of the belt and measuring the inner part. Alternatively, you can measure the length of the belt without the belt by tying a thread along the path of the motor. Once you know how long the belt is, you can attach the new belt to the turntable.

Then, carefully lift the turntable platter out of the player by pushing it up from the center of the player. Be careful not to pull it out too far or it will fall off. Afterwards, put back the black felt mat on the aluminum record platter. Then, turn the player back on.

Before you start replacing the belt, you should make sure to match it with the model of the turntable. The belt is often hidden underneath a small cap on top. If the belt is not the right size, the turntable won't function properly.